Assuming you've successfully removed (reversibly or through more aggressive means) the aesthetic cover from the target device we can now start to perform some non-invasive/non-interactive visual analysis of the hardware. In general we want to cover the following bullets:

Printed circuit boards (PCB) are the boards that hold together components that are interconnected with a conductive material (e.g. copper). The PCB is classically a green color, but can be coated with any color during the fabrication process. Visually these circuit boards have 2 layers; one that we consider the top and one we consider the bottom. To canonical-ize top from bottom, I usually consider the side that generates the most heat as the top. (But this isn't always true in bad designs!) Typically, the top of the board is where the majority of the discrete components and ICs will be located, although on more populated boards you'll find many passive components on the underside as well.

While you visually only see the two mentioned layers, a PCB can be many layers. Below is a cross cut model of how a multi-layer PCB is organized Source:

The way that PCBs circuits on one layer connect to the other layers are through what are called vias. (i.e. Layer A connects to Layer B via this trace.). There are a few common types of vias shown in the above image:

The white writing that appears on top of the green layer of a PCB is the silk screen. This is where various identifiers, labels are marked for human readability. You'll often see nearly meaningless things like R45, J7, S36, or C12. These are marking the various jumpers, switches, ICs, or other discrete components on the board. Sometimes they'll also include goodies like a header pin out or the purpose of some unsoldered component (e.g. UART, I2C, SPI, JTAG).

Attempting to understand and capture as much of the silk screen as possible can be a quick way to get to know your way around an unfamiliar board. If nothing else, the markings give you barrings that you can use when working with others or for your notes when observing various behaviors.

In many PCB designs, the power rail or the ground rail will be an entire inside layer of the PCB. This can drastically simplify the board layout because power and ground are a via away. Knowing which is which is key to follow up hardware analysis. There are some obvious visual queues that allow us to identify, first, ground and then perhaps power.

Ground is the most important thing in a circuit. Its where electrons comes from, the ground reference is how we measure the voltage, and ground has other electrical noise related properties.

To locate ground you can usually start with any screws or other fasteners. Screws are almost always grounded and therefore the screw hole is lined with an exposed trace that leads to ground traces. 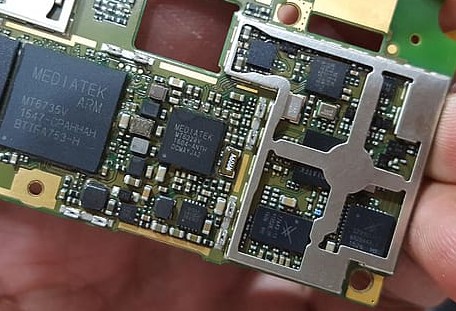 Many boards that have wireless capabilities will have a large ground plane on their surface. These boards will literally fill any empty space with a conductive material connected to ground. Note: Although not suggested in devices you are being gentile with, in a pinch you can scratch away some of the (green) protective coating to get access to the ground plane. While these planes can be tempting to assume ground, its often that board designers will make fat traces or planes for the power rail (i.e. the opposite of ground) as well. In PCBs that have more than 2 layers, there is usually an entire layer in the PCB dedicated to ground, which can lead to only ground vias being visible.

Using knowledge about any cabling pin outs to surmise the ground by tracing from the cable ground pin to the ground plane or a ground trace. For example, if there is an DB9-RS232 connection on the device, you can find ground by tracing pin 5 (or the outer metal housing) of the DB9 connector: 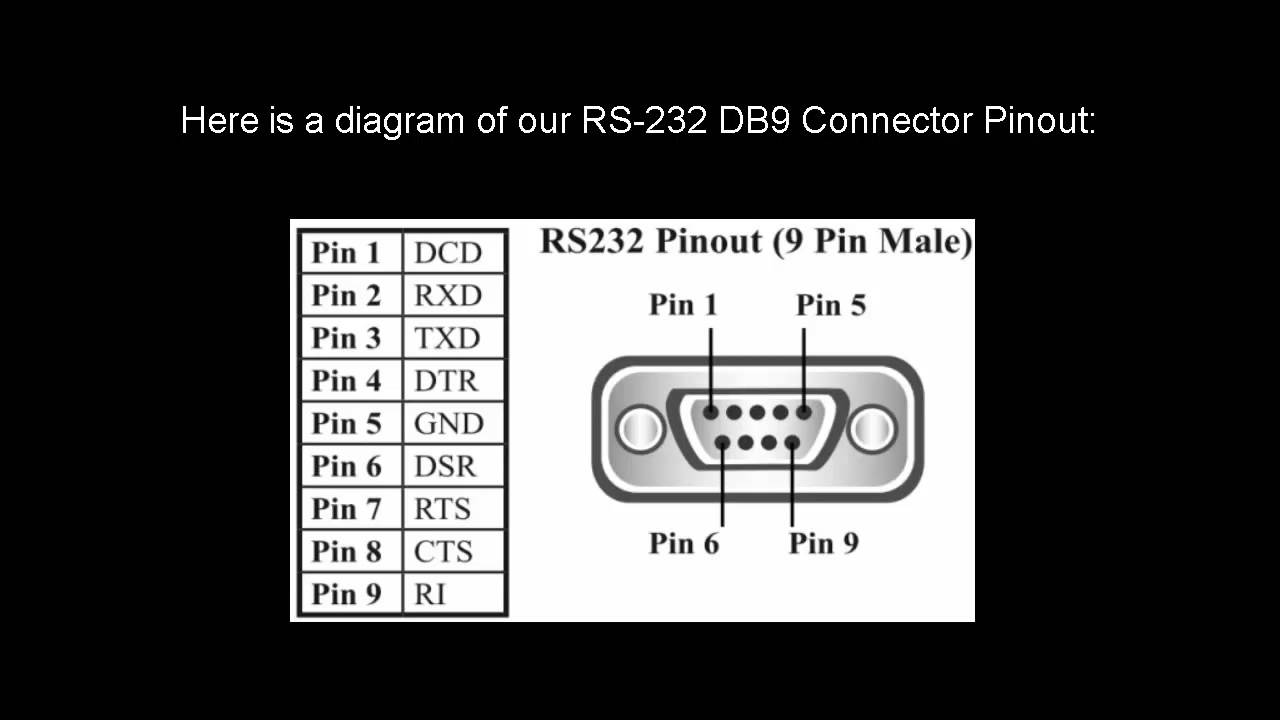 While you are attempting to ascertain as much information about the board based on the traces and silk screen, you also should catalog as many of the integrated circuits (IC) as you can from the board. Once I've captured the IC model numbers, I basically begin the long process of rolling the dice on whether I can find datasheets for them.

The make and model are the most important, but honestly a camera on a stand is your best friend in this situation. I find that looking at IC model numbers is one of the most physically stressful aspects of this whole process. These little buggers are some times painted on, sometimes they are etched in, sometimes they are smudged, and sometimes they degraded to the point where I'm looking at merely paint residue to deduce what I think the characters are.

When simple eye sight doesn't work and you don't have a nice lab scope, I've found a couple different tricks to clarify the characters:

At times you may find that an IC has a sticker or "holographic" certification image and whatnot. Always capture what you can from these, but know that they sometimes hide details about the chip. Carefully peeling away the stickers can reveal identifiers that lead to datasheets and other relevant information. Note: Using any kind of adhesive remover is likely to remove painted markings from the chip. 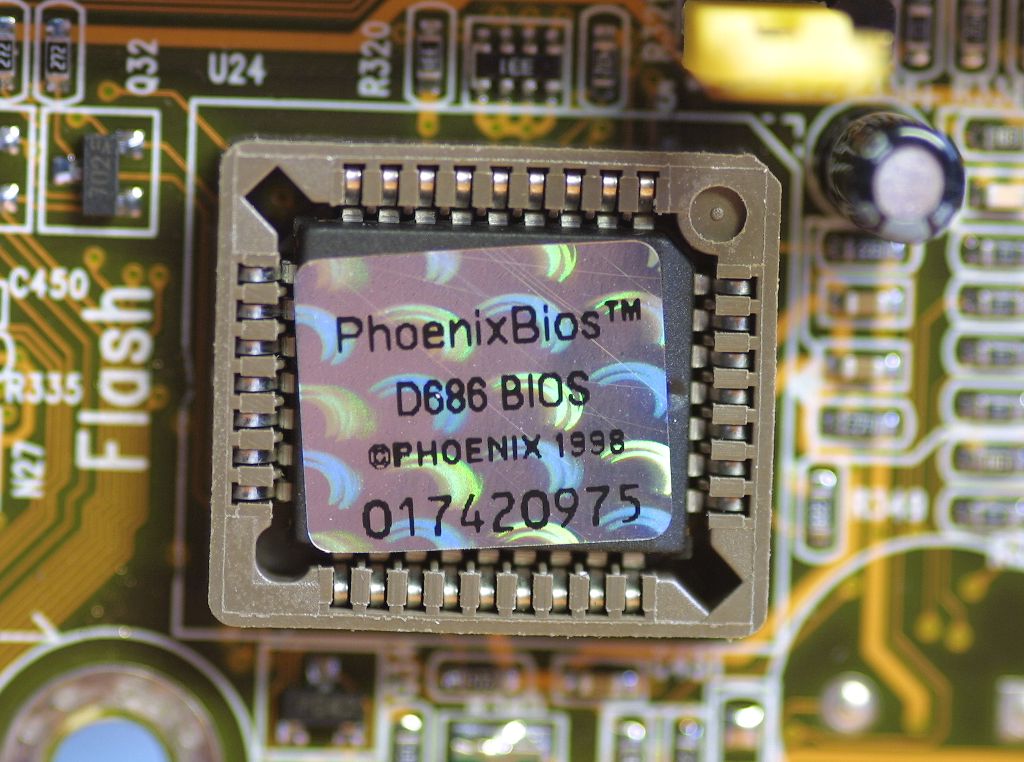 At times I've opened a device to find a bunch of traces going to a hill of epoxy. This is likely some IC that has been obscured or an IC that has been adhered to the board without packaging to save costs. Extracting information from such a device is outside the scope of non-invasive visual inspection, but I would still recommend capturing that it exists. You may be able to determine its purpose and ID via software during the software analysis phase. 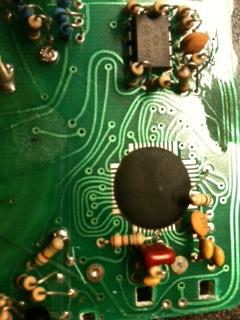 Datasheets are your friends. These documents can be anything from a 3 page product brief, to 10s of pages for assembly, to 100s/1000s of pages for technical programmer data. Obviously our goal is to get as much information as we can about our target device, but getting the complete and official vendor documentation isn't always feasible. In many situations, the official documentation is locked behind sketchy pay walls or Nondisclosure Agreements.

When searching for datasheets on the internet, there is a large market of advertisers and scammers that return search results saying they have everything when in reality they'll give you some sub string search of what you need while filling your screen with ads and adware. Some popular sites that often disappoint include: alldatasheetarchive.com, datasheet-archive.com, and so forth.

Sometimes not having the exact datasheet can be acceptable. Manufacturers will sometimes match the pin out of a competitor and when you know this to be true you can derive the pin outs of your target device from a competitor's datasheet. If you're really lucky, some of the register addresses may match as well.

When googling, its often wise to use search syntax to limit the types of results that show up.

Linux is often used or supported on many embedded systems. This is supported by both the vendors and other reverse engineering / repurposing communities. Use these communities as a resources for discovering the internals of your target devices. This is usually more related to software analysis, but often you can find observational notes and experiments done by community members, saving you time and effort. Some examples of projects to check out include: