The baud rate of a signal is the number of times a signal can change state per second (i.e. the speed of the signal). Example: 1 baud is one signal pulse per second.

A logic analyzer is a device that takes samples of a number of connected data lines at a given frequency. These samples allow us to capture, visualize, and interpret digital signals. Using the logic analyzer and open source software called PulseView (by sigrok), we can estimate the actual baud rate based on observations made by the logic analyzer.

The gist is that given the microseconds (µs) of a single bit as X:

We'll be using PulseView as the driver for our 8 channel USB Logic Analyzer. 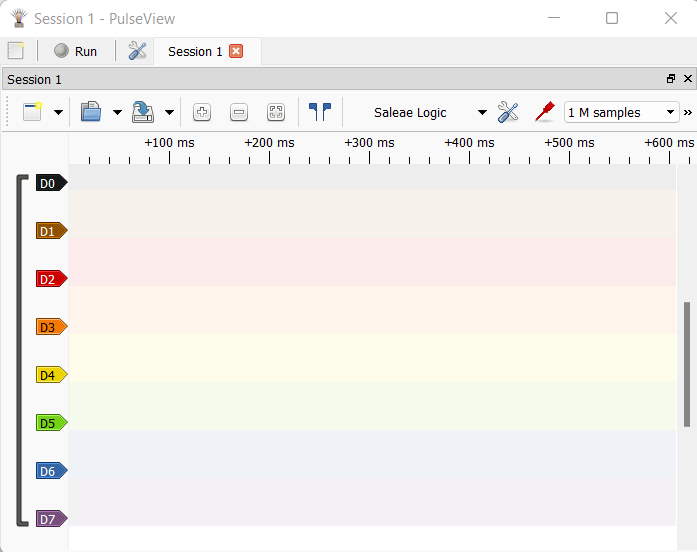 Windows Prerequisite: Before running PulseView, Windows users will need to install special USB drivers. In brief, Zadig is a tool that installs and registers WinUSB with specific types of USB devices. WinUSB allows software to control the USB device directly from an application instead of depending on a kernel mode driver.

PulseView also documents this same process on their sigrok wiki.

Access Prerequisite: Regardless of whether you are using Windows, Linux, or another PulseView supported platform, you are going to need to have direct access to the USB interface and device from the operating system. The simplest way to ensure PulseView has the required access is to execute PulseView with sudo in Linux/Mac. (Windows users likely have installed PulseView with Administrator so they can run PulseView normally.)

The PulseView software can be downloaded from the sigrok download site. At the time of this writing, PulseView 0.4.2 is the most recently released version. If you are using Microsoft Windows, you may be required to install as an Administrator. For linux users, download the AppImage file, chown +x the AppImage file, and then run it with sudo (i.e. no install necessary for AppImages).

At this point you should have the PulseView software installed. At this point, ensure the logic analyzer is disconnected from the PC until you have the correct connections on the Raspberry Pi. Tip: When interfacing with bare hardware you want to be cognizant of ESD sources and unexpected shorts. Keeping everything powered down (i.e. disconnected from USB) while fiddling with connections is a good practice. 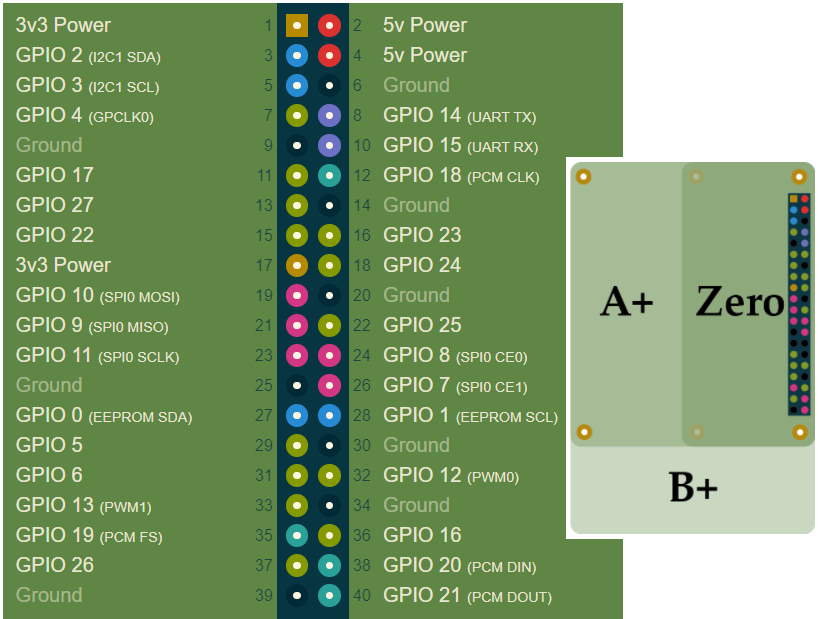 Given the above information:

The logic analyzer that you are using will generally have ground (GND) pins and signal pins. The signal pins will be indexed, CH0, CH1, CH2, and so forth.

Once everything is securely hooked up (within reason):

You should at this point be able to see the decoded data in the Decoder Output view on the right of the window.

Now that we have a feel for the baud rate of the UART device, lets connect to the UART device with the FTDI MiniModule. This device is designed to allow engineers connected to various protocols (e.g. I2C, UART, JTAG) over USB.

Enter the Serial port setup screen from the menu below:

Change the settings so that they look like this:

Go back to the previous menu and select Exit (not Exit from Minicom).

If everything was done correctly you'll see a window with the following output:

Turn on the target device (i.e. Raspberry Pi) and wait a few seconds.

Minicom and screen have a lot of terminal emulation features and are the best way to proceed. In situations where you aren't able to fire up something like minicom or screen, you aren't immediately stuck. You can get away with a lot by using just cat and echo.

For example, you can setup the UART device in linux so that it'll output to STDOUT via the following command:

Then whenever you echo something to /dev/ttyUSB1, the response will pop up in the current terminal as if you just ran the command locally.

With a little linux foo, you can throw together a script that'll act as a lightweight (and very limited) terminal program (like screen/minicom). 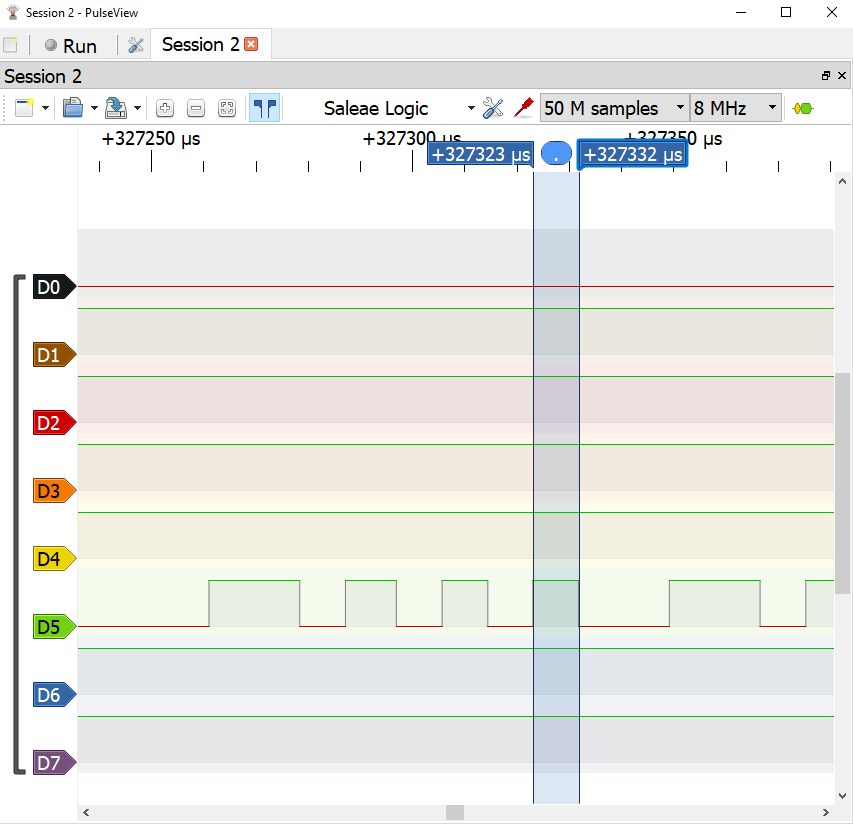 In the above screenshot, channel D5 is the Rx pin of the UART. When we measure the timing of a single bit, it's measure in at 8.75 µs. Plugging this into our equation, we get (1/8.75) * 1000000 or 114285 baud. If we attempt to use this baud rate, it'll work for a little bit, but it'll eventually drift off the clock cycle and lose bits. Either way, it gives us a good indication of where to start.